Dealing with WorkCover as an injured worker 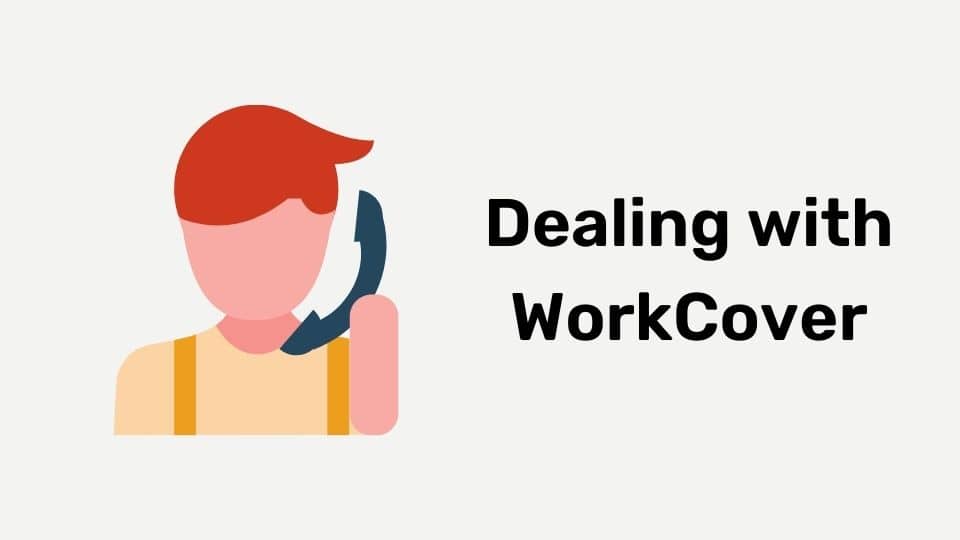 If you have a WorkCover claim on foot, you’ll no doubt have had some dealings with the WorkCover insurer.

Some people have no worries dealing with WorkCover. For others, it can be a headache.

So here are some pointers to help you in your dealings with the insurer.

How to deal with WorkCover

Keep copies of any documents

Any documents that you send to the Insurer, you should keep a copy of.

This includes your certificates of capacity, any letters from doctors or other medical material, any imaging scans, any receipts or invoices that you want reimbursed, travel reimbursement forms, etc.

Sometimes material that you send off to the insurer can get lost or misplaced and so you may be need to send further copies.

Sometimes you may contact the insurer and request something be actioned and you don’t hear back.

For example, you may need physio treatment so you obtain a letter from your doctor saying that you need physio. You send this off to the insurer but don’t hear back.

In instances such as these, you shouldn’t wait and just expect that things are being processed on your behalf.

Sometimes insurers don’t process things very quickly or things can get put to the side or even not dealt with at all.

And for this reason it’s always a good idea to follow up and not just assume that the insurer is processing your request.

Contact the insurer if you don’t hear from them after a reasonable amount of time.

Obviously you should take into account the nature of the request when considering what a reasonable amount of time is.

It is of course fine to speak to the insurer over the phone.

However it is often useful to get things in writing from them and also to correspond to them in writing.

This makes it easy to refer to if required down the track and you have an easily accessible record of your discussions with them.

If you do have phone calls with the insurer it’s a good idea to make a note say in a diary writing down what was discussed and what was agreed upon. You can then to this down the track should it be required.

You can contest decisions

If the WorkCover insurer makes a decision that you disagree with, such as not paying for your weekly payments or a medical expense or rejecting liability for an injury, or terminating your entitlement to WorkCover benefits altogether, keep in mind that you can contest these decisions if you disagree with them.

Some people believe that once an insurer makes a decision like that it’s not worth contesting.

However this is not true.

There are mechanisms in place to contest decisions like those mentioned above.

The first step is to proceed to conciliation.

You should keep in mind that many decisions that are made by the WorkCover insurer are later overturned.

When dealing with the WorkCover insurer, it is a good idea to be educated on the topic that you are dealing with.

So if you have a dispute regarding for example pre injury average weekly earnings, it is a good idea to read up on what the law says regarding these issues.

Also, you should keep in mind that not everything that you get told by the WorkCover insurer is correct.

Please note: this isn’t saying that they will tell you lies or give you incorrect information.

The people that are managing your claim, your claims managers, don’t always get things right.

For example you may have a person handling your claim that is new to the job and who is still trying to find their way and they may give you incorrect information.

Educating yourself (or having a lawyer that knows what they’re doing assist you), can therefore be very important.

Some people just don’t get on with their case manager.

If this applies to you and you have an issue with your case manager you can always ask to speak to that persons manager (often referred to as a team leader).

You can run your concerns and issues by them and they may be able to assist you.

If you really don’t feel like you can constructively work with the case manager that you were allocated then you are able to ask that another case manager be involved in the management of your matter.

If you have a lawyer

It’s not necessary to have a lawyer in every WorkCover matter, but if you do have one and you find it difficult to deal with the insurer, you can always request that the insurer direct as much correspondence to your lawyer as possible rather than going through you.

There might be times where the insurer will need to contact you rather than your lawyer, but this can cut down the amount of contact that you have with the insurer.

Dealing with the WorkCover insurer can be a headache for many people.

But there are steps that you can take to help your dealings go smoother.

These are: keeping copies of any documents you send to the insurer, following up requests after a reasonable amount of time has passed, corresponding with the insurer when you can via email, understanding WorkCover better, remembering that you can contest the decision made by the WorkCover insurer, and if you have a lawyer ask the insurer to send any correspondence directly to your lawyer.