How long do you have to lodge a WorkCover claim? There is no specific timeframe in which you must lodge a WorkCover claim. What you do have to do however, is notify your employer of your injury within 30 days.

WorkCover explains the time to report an injury as follows:

“the worker or another person on their behalf, must give the employer notice of an injury or illness within 30 days after they become aware of the injury or illness. If notice is not given the worker may not be entitled to compensation.”

The key thing to note here are the words “may not” in the last sentence.

Happily for workers, there is no hard deadline that must be met when it comes to reporting the injury.

Reasons for extension in reporting

So what reasons might there be for allowing a worker to notify their employer of an injury outside of the required 30 days? 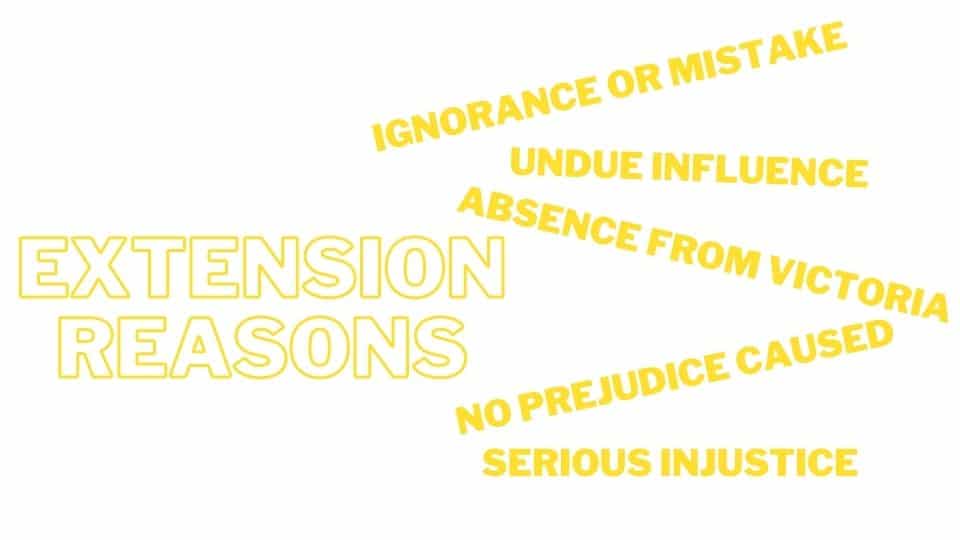 Ignorance or mistake – for example, WorkCover laws require employers to display posters about WorkCover which tell workers about the time limit. If an injured worker had never lodged a claim before and there were no posters in the workplace, they may have been ignorant of the requirement to report within 30 days.

Secondly, the may have mistakenly believed they had reported the injury when the had not – for example, the report was made through an online portal, but while the form was completed and saved as a draft, it was never sent.

Absence from Victoria – a worker may have been injured in the course of their employment while interstate or overseas.

It may not be possible for one reason or another to report the injury in those circumstances.

We would always recommend calling or emailing your employer to notify them of an injury if it cannot be done through the usual channels.

No prejudice caused – the 30-day time limit is there to protect employers from workers claiming injuries that occurred many years ago.

But what about an injury that occurred 35 days ago?

The prejudice test is saying “does the delay in reporting the injury make it any harder to confirm how and when the injury occurred?”

Let’s say an injury was reported 35 days after it occurred, but it was recorded on the employer’s surveillance system and could be checked.

There is probably no prejudice caused to the employer by the delay of 5 days.

Serious injustice – somewhat a catch-all phrase to cover the many different situations that could occur.

A rule of thumb for this test would be the greater the severity of injury, the higher likelihood that a serious injustice would be dealt to the worker if they were excluded from reporting the injury and claiming WorkCover.

What happens if you haven’t reported the injury or have reported it late and the employer wont accept the report?

You are still entitled to lodge a WorkCover claim if you report late or haven’t reported the injury at all.

This is very important to understand.

What could happen is that the claim is rejected or the WorkCover insurer ask you to provide reasons as to late lodgement, which can then be dealt with.

Don’t get too caught up on the reporting requirements – they should not be a deterrent to you lodging a claim if you are injured at work.

Steps you can take

If you know how to report an injury, then you should do so if you have the misfortune to be injured at work.

If the process is not clear, you can seek clarification from your employer.

Simply telling the employer about the injury is likely to be considered to be a report of the injury, unless you are then directed to complete the register of injuries and do not do so.

It can also help to report your injury circumstances to your doctor when you attend them for the first time about the injury.

It is important to describe what happened as accurately as you can as often the first attendance on your doctor is later looked on as an important record of what occurred at the time of the incident.

There are various reasons that provide an exception to reporting the incident within 30 days that can allow you to have your WorkCover claim accepted.

If you’re wondering how long a WorkCover claim takes, you can read more about that here.

If you still have questions and you can’t find the answers on our site, we’re happy to provide advice. You can read more here.