Do you get sick pay if injured at work? 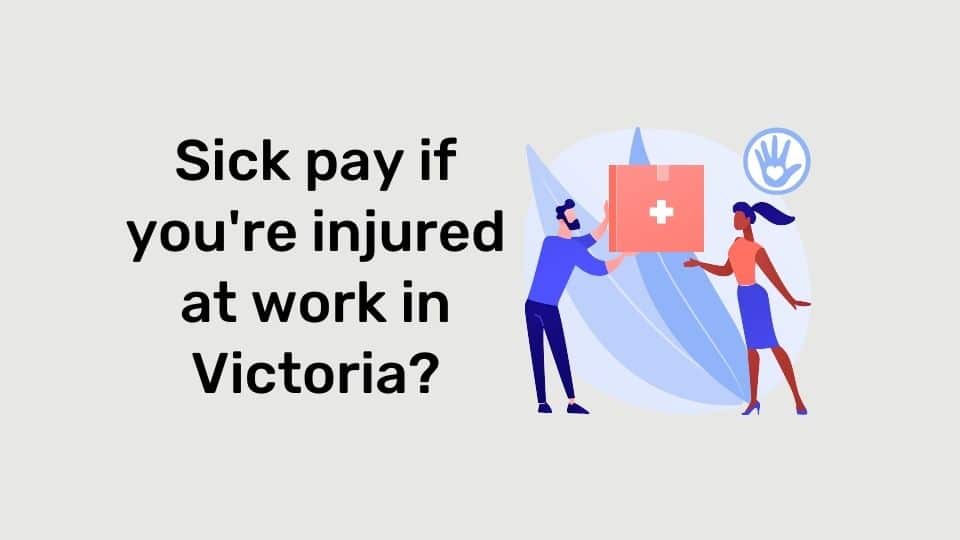 Yes, if you have been injured at work you’ll be entitled to take sick leave if you have accrued sick leave to take and should you require time off work.

However, there are some other considerations which this page will look at.

You can take sick leave if you wish

If you’ve suffered an injury at work, whether that injury occurred in a single incident or gradually over time, you are able to take sick leave if you need time off work.

Your employer should not refuse a request to take sick leave.

An example of an injury that occurred in a single incident would be if you were required to lift a heavy box and in doing so you hurt your shoulder. You had previously had no problems with the shoulder.

An example of a gradual process injury would be if as a consequence of repeatedly having to lift heavy boxes, your shoulder gradually deteriorated over time. Maybe over the course of a couple of months or a couple of years. The point is that your injury gradually got worse over time.

You do not need to tell your employer that you are taking sick leave because of an injury at work, but it is a good idea to do so.

If you require more than a couple of days or so off work, you’ll need to obtain a medical certificate from your doctor in most cases.

Should you take sick leave?

Notwithstanding the fact that you can take sick leave after suffering an injury at work, we generally don’t recommend it.

In most cases, it is advisable to keep your sick leave if you need time off work for reasons unrelated to work related injuries.

If you have a bunch of sick leave saved up and you want to use your sick leave, then that’s understandable.

Sick leave in most cases will not be paid out when a person leaves a job.

But generally speaking we would advise people to consider the lodgement of a WorkCover claim, particularly in instances where they may need to take more than a few days off work and they may need medical treatment.

A WorkCover claim will provide income payments if a person is not able to work.

Yes, the income payments will not in most cases be at 100% of your pre injury wage.

You can continue to be paid it is 80% rate for up to 130 weeks, sometimes more if you’ve got no work capacity which is likely to continue indefinitely.

In some cases, it is possible to get top up pay if it is referenced in an EBA or similar agreement.

There may also be the potential to claim lump sum compensation.

The first lump sum claim possible available is an impairment benefit claim and the second is what’s called a common law claim for damages.

A WorkCover claim however isn’t the best fit for everyone. So we understand there are instances where sick leave may be the best choice. If you want to read more about this you can do so here.

Sick leave will usually not accrue while on WorkCover payments

Although it is generally beneficial for a person to pursue a WorkCover claim if they require time off work as opposed to taking sick leave, is important to keep in mind that sick leave will not accrue while a person is in receipt of WorkCover weekly payments.

You will only accrue sick leave based on the hours that are not WorkCover related.

So to use a very basic example, if 50% of your time is spent off work receiving WorkCover payments and you work the other 50%, then sick leave would accrue based on the 50% worked.

If you suffer a work related injury, you are entitled to take your sick leave.

We do understand however that a WorkCover claim might not be right for everyone and therefore there are circumstances where taking sick leave may be the best option.