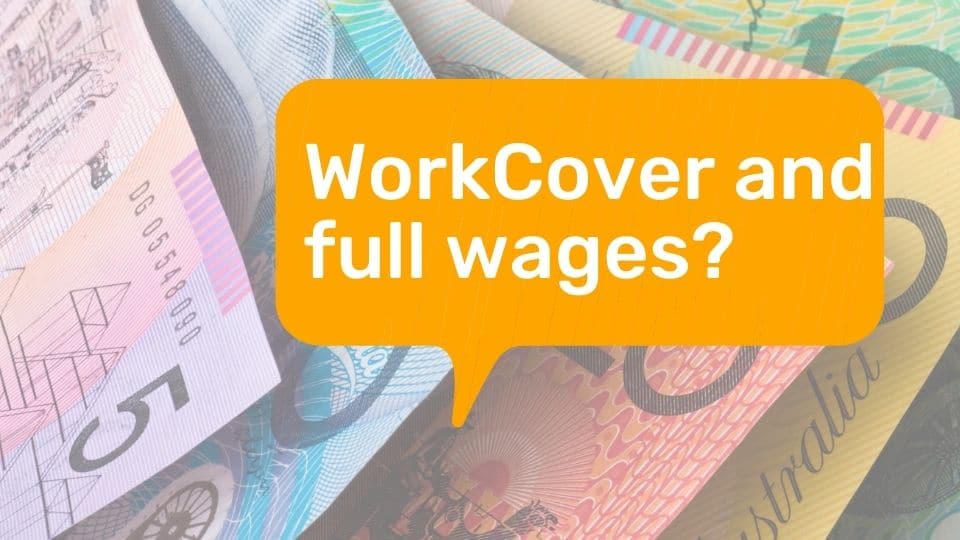 No, WorkCover pays income replacement benefits at a rate less than your full wage if your ability to work is impacted because of a work related injury or illness.

For the first 13 weeks after an injury, you’re paid at 95% of that average.

You’re entitled to have any shift allowances and overtime included in the calculation of your income benefits for 52 weeks after the injury.

Employers, particularly larger employers, will pay top up pay because it is specified in an enterprise bargaining agreement (or similar), which the worker is covered by.

It is, however, certainly not the norm.

Most employers will not pay topup pay if you’re on WorkCover. The 130 week mark and how it impacts weekly payments is explored further in this article.

There must be medical support from your treating doctor saying that you’re working at your full work capacity.

And, that that is likely to continue to be the case (that is, that you’re not likely to be able to increase your work hours).

To claim top up payments, you should contact the insurer and ask them to send you out the relevant form (or ask your lawyer to handle it for you).

You can read more about top up pay from the WorkCover insurer here.

What if I’m not happy with the calculation of my payments?

You can ask the WorkCover insurer to perform a review of your payments to check that you’ve been getting paid correctly.

It would also be advisable to engage a lawyer to review your payments.

You can also pursue the matter to conciliation.

The conciliation process is explained here.

If the matter doesn’t resolve at conciliation, then you can take the matter to the Magistrates’ court.

What about my employment entitlements?

Your employment entitlements – annual leave, sick leave, and long service leave – will continue to accrue if you’re on WorkCover.

You’re also entitled to the payment of superannuation contributions after a period of 52 weeks.

You can read more about WorkCover and superannuation on this page.

WorkCover won’t pay your full wages if your ability to work is impacted because of an injury or illness related to your employment.

For the first 13 weeks they’ll pay you 95% of that average figure.

If you’re entitled to payments in addition to 130 weeks, they’ll pay you at the 80% rate.

You’re entitled to have any overtime and shift allowances that you normally would have earned included in your average earning calculation for a period of 52 weeks.

Your employment entitlements should continue to accrue, and you should be paid superannuation contributions (but not for the first 52 weeks).