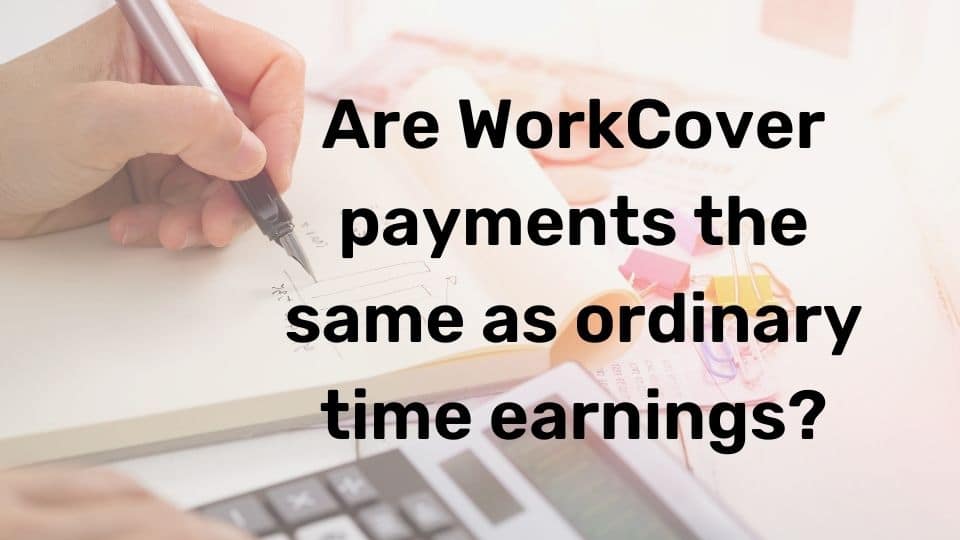 No, in most cases when it comes to the payment of WorkCover payments, you will not be paid your equivalent ordinary time earnings.

WorkCover weekly payments are paid to you at the rate of 95% of your pre-injury average weekly earnings for the first 13 weeks.

Beyond the 130 week mark, if you’re entitled to payments you’ll be paid at the rate of 80%.

So to use a basic example, If your ordinary time earnings over the course of a week was $1000 gross, you may on WorkCover receive $950 gross for the first 13 weeks and thereafter, $800 gross.

You can read about pre-injury average weekly earnings here, which you might see referred to as ‘PIAWE’.

This is the figure that your weekly payment amounts will be based on.

Your pre-injury average weekly earnings is an average of your earnings over the 12 month period prior to the injury occurring.

If you were not employed with this employer for 12 months prior to the injury, then the average is taken for the period that you were employed. E.g. six months.

If overtime and/or shift allowance was something that you received prior to the injury, then these should be factored into the calculations for the first 52 weeks on WorkCover.

You will also continue to accrue superannuation while you’re on WorkCover payments, however not for the first 52 weeks you’re on payments.

What about the difference between WorkCover payments and my pre injury earnings?

Unfortunately, there isn’t a lot that can be done to claim the difference between what you will receive by way of WorkCover weekly payments and what you might have earned had you not suffered the injury.

In some instances, if you are covered by an EBA, then under that EBA there may be an entitlement to accident make up pay or top up pay for a certain number of weeks.

Many EBA’s however will not include accident make up pay or top up pay.

However, keep in mind that with a common law claim you are not going to be compensated dollar for dollar for the lost income that you have suffered.

If you want to read more about loss of earnings, you can do so here.

WorkCover Payments unfortunately are not paid at the same rate as your ordinary earnings.

There will be a shortfall between what you receive by way of weekly payments and what you were earning prior to the injury.

It is possible to be paid accident make up pay or top up pay to make up some or all of the difference between your WorkCover payments and your ordinary earnings if there is an allowance for it under an EBA or similar instrument.