Can you reopen a WorkCover claim? Yes, a WorkCover claim can be reopened. The key thing is whether you actually have an entitlement to claim something, irrespective of the time that has passed. For example, is there medical evidence to support the need for a particular medical treatment – or that your current symptoms are even still related to your work related injury?

It’s not uncommon for people to want to reopen a WorkCover claim in Victoria after a period of time of not accessing any of their WorkCover entitlements.

A common reason for doing so is that the injury that was the subject of their WorkCover claim has deteriorated, or they want to obtain a different type of treatment, or they may now feel in a position to pursue a particular WorkCover entitlement that they did not wish to pursue previously.

This article will deal with what to do if you want to ‘reopen’ your WorkCover claim.

Should I reopen a WorkCover claim?

Before I answer whether to reopen a WorkCover claim – something needs to be cleared up.

Well, many times when people think their WorkCover claim has been closed, this isn’t the case.

Sometimes people believe that if they haven’t claimed anything under WorkCover for a while, that that means they cannot claim anything again because their claim has been closed shut.

But this isn’t the case.

It’s not how the law works. To illustrate, lets take a look at an example:

Let’s say that you suffered injury to your shoulder during the course of your employment and you lodge a WorkCover claim.

You have some initial treatment, perhaps see your general practitioner and your physiotherapist on a few occasions.

For whatever reason, you then stop claiming any medical expenses from the WorkCover insurer (it happens) and go about paying for your own treatment expenses.

This might go on for a couple of years and you don’t do anything in terms of claiming any entitlements from the WorkCover insurer.

Many people in this instance would believe that because of the time that has elapsed since they claimed anything from the WorkCover insurer, that this means their WorkCover claim has closed.

In this instance, the WorkCover insurer may well have closed your claim on their system.

That is, they may have marked it is not as not an active WorkCover matter.

However, and this is important……

….you need to keep in mind that this does not mean that your matter is closed in the sense that you can’t claim anything under it.

What does it mean?

Well, the key thing is – if you have an entitlement to claim WorkCover entitlements, it generally doesn’t matter how long it has been since you’ve had dealings with the WorkCover insurer.

(obviously within reason. If it has been 20 years, it’s going to be harder to claim expenses from the WorkCover insurer compared to if it has been 2 years).

So in the above example where you lodged a claim for a shoulder injury and you had treatment from your GP and some physio treatment….

Let’s say that you decided to claim the medical expenses from the insurance company.

If medical evidence was such that it said that the medical treatment that you were claiming is related to your original injury, then the WorkCover insurer should be responsible for paying those costs.

(provided that you are still able to satisfy the tests to be entitled to weekly payments under the law).

So a WorkCover claim can be reopened in the sense that it is only really closed once your entitlements have been fully exhausted.

Let’s dive further into this. 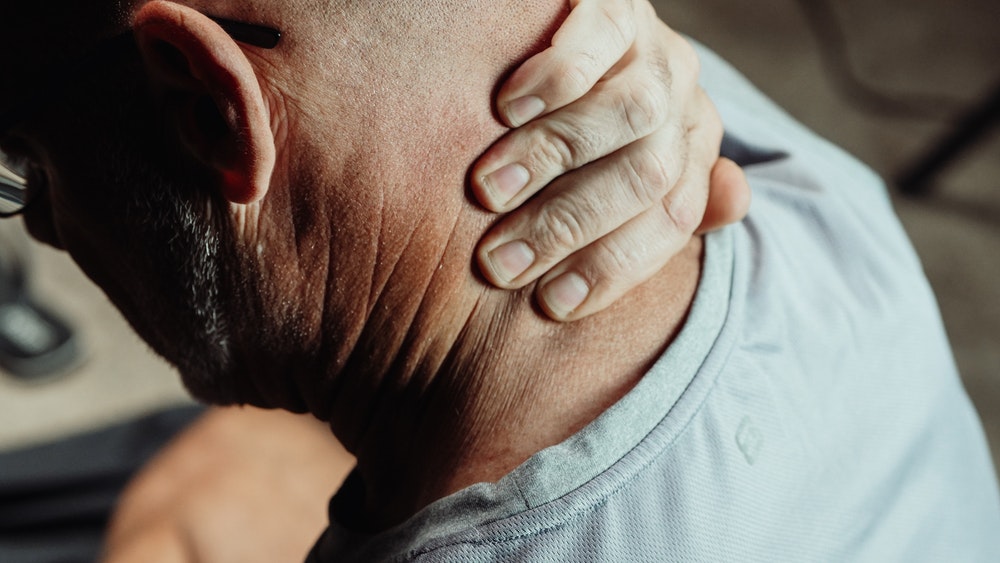 Okay, let’s assume that you haven’t claimed WorkCover for a little while and you decide to claim WorkCover entitlements again.

And let’s assume that the injury for which you’re claiming is a continuation of a previous injury.

It’s the same injury that you had a WorkCover claim for.

In this case, what you need to do depends upon what you’re trying to claim.

It’s a good idea to visit this page for an overview as to what WorkCover entitlements you can claim.

In a nutshell, you can claim weekly payments of compensation if you are unable to work or you have a restriction in your work capacity.

You can claim medical and like expenses related to the treatment of your injury.

And there’s two potential lump sum claims that you can pursue.

One is an impairment benefit lump sum which is compensation for permanent impairment related to the Injury.

The second is what’s called a common law claim for damages where you are suing for the injury that occurred as a consequence of the negligence of someone else.

If you’re interested in getting an idea as to what compensation amounts you may be entitled to, taking into account your injury, this page should assist you.

You need to contact the WorkCover insurer and let them know.

Keep in mind that you’ve got 130 weeks of WorkCover weekly payments that are payable to you.

You can read more about that issue here.

When you contact the insurer, you’ll need to provide them with an update certificate of capacity (sometimes called WorkCover certificates) that covers the period that you are claiming.

Well, if it has been a while since you’ve claimed any weekly payments from the insurance company, don’t be surprised if they organise an appointment for you to be assessed by an independent medical examiner so they can determine whether the reason for your incapacity and for claiming weekly payments is related to your work related injury.

They won’t always do this, but keep in mind that they might.

If you’re wanting to claim medical and like expenses

The same thing may happen if you are wanting to claim medical and like expenses.

Let’s say that it’s been two years since you’ve claimed any medical expenses under your old claim and you send them a request to pay for physiotherapy treatment.

They will require medical evidence connecting the need for the physiotherapy treatment to your old injury.

They may be satisfied with a report from your treating doctor or physio or they may send you to an independent medical examiner.

If the WorkCover insurer doesn’t agree to pay you medical expenses under your old claim, then you can lodge a request for conciliation.

In a nutshell, conciliation is a informal process where you and your representative discuss the matter with an insurance company rep.

A conciliator from the Accident Compensation Conciliation service runs the conciliation.

Their role to try and get the parties to resolve the matter.

Generally speaking, if you try and ‘re open’ a WorkCover claim for weekly payments or medical expenses and you end up at conciliation, here’s what will happen:

1. The insurance company will withdraw their decision to not pay you weekly payments for medical and like expenses.

Sometimes this happens but it is not very common. The insurer is essentially saying that they made a mistake.

2. The insurer will offer you a limited period of either weekly payments or medical and like expenses.

Sometimes the insurance company may offer you either weekly payments or medical and like expenses – on a limited basis.

They may offer you three months of weekly payments with payments to stop after that.

Keep in mind that if you accept any offer like this at conciliation from the insurance company, it’s likely that any entitlement to ongoing weekly payments or medical and like expenses will be gone and all you’ll be entitled to is what you accepted.

3. The final thing that could happen at conciliation is that it no offers are made and the matter doesn’t resolve.

If you are wanting to pursue one of the lump sum claims, that is an impairment benefit or a common law claim for damages, then the insurer will not need to reopen your claim even if it has been some time since you’ve had dealings with the insurance company.

For an impairment claim you just need to serve the appropriate claim form on the WorkCover insurer, along with supporting material.

It doesn’t matter whether it has, for example, been five years since you’ve had any dealings with the WorkCover insurer.

For a common law claim, you need to serve the appropriate material on WorkSafe to commence the application.

If your injury is an aggravation of your previous injury

Let’s say that you aggravated a previous injury that you had an accepted WorkCover claim for.

If it is an aggravation and it’s likely to continue and it is made the original injury worse, you will probably need to lodge a new WorkCover claim rather than re-opening your prior claim.

Jack hurt his back during the course of his employment a couple of years ago and lodged a WorkCover claim which was accepted.

After some treatment, he returned to work and has been okay ever since, perhaps with the odd flare up of his back once in a while but nothing too significant.

One day, when John is working with the same employer he suffers injury in the form of an aggravation to his back while he’s lifting a heavy object.

A couple of months after this Jack’s back is still aggravated to the extent that he’s requiring treatment and has had some time off work.

Medical evidence is such that this aggravation is likely to contain and Jack may need to see a specialist for an opinion as to surgery.

In the above example, Jack has two choices.

He can lodge a new WorkCover claim or he can try and pursue benefits under his old claim.

However, in our opinion it would be more appropriate for Jack to lodge a new claim relating to an aggravation of a previous injury.

In order to do so he would lodge the initial WorkCover claim and it would go through the standard process and have the claim determined.

If it was accepted, Jack would then be entitled to a new set of WorkCover entitlements – the same entitlements that he got under his first claim.

He would also be entitled to lodge an impairment claim well as a claim for common law damages if there was negligence in relation to his injury.

Let’s say that Jack’s aggravation, instead of being one that was likely to persist and where he would need to see a specialist, that he suffered an aggravation of his back injury but it only lasted a week.

In this case, it may then be worthwhile trying to claim his entitlements under his old claim rather than lodging a new claim.

Without medical evidence to suggest that the aggravation is likely to continue, any new claim is likely to be rejected and will end up at conciliation.

If the matter then doesn’t resolve it conciliation it’s off to either the medical panel or the magistrates court to be determined.

Hopefully the above clarified things for you if you’ve got an injury and you’re wondering about ‘reopening’ a previous WorkCover claim.

Keep in mind that your claim is only really closed if you’ve exhausted your WorkCover entitlements.

If it’s just that you haven’t dealt with the insurer for a while, it’s likely that that doesn’t mean your WorkCover claim is closed shut and you can’t claim any entitlements.

Also make sure to think about whether to lodge a new claim, or whether to try and claim under your old WorkCover claim.